RANGER STAFFING GROUP LISTED AS ONE OF THE FASTEST GROWING STAFFING FIRMS IN THE U.S. 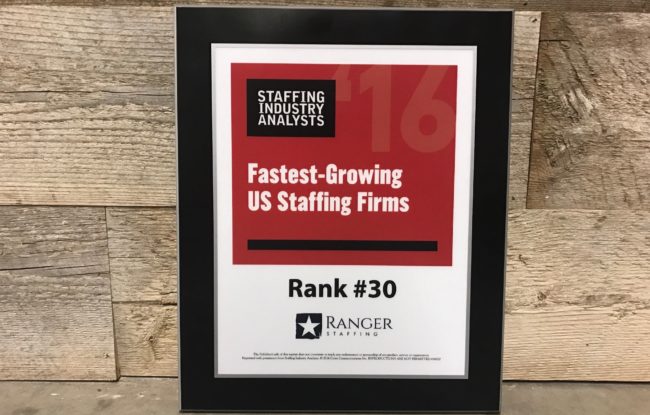 Each year Staffing Industry Analysts (SIA) publishes a list, sponsored by Bullhorn, of the fastest growing staffing firms in the United States. SIA has been publishing the list since 2005 and this year was monumental with 112 companies qualifying. According to SIA, to qualify for the list companies needed to have had at least $1 million in revenue in 2011 and at least 15% CAGR between 2011 and 2015.